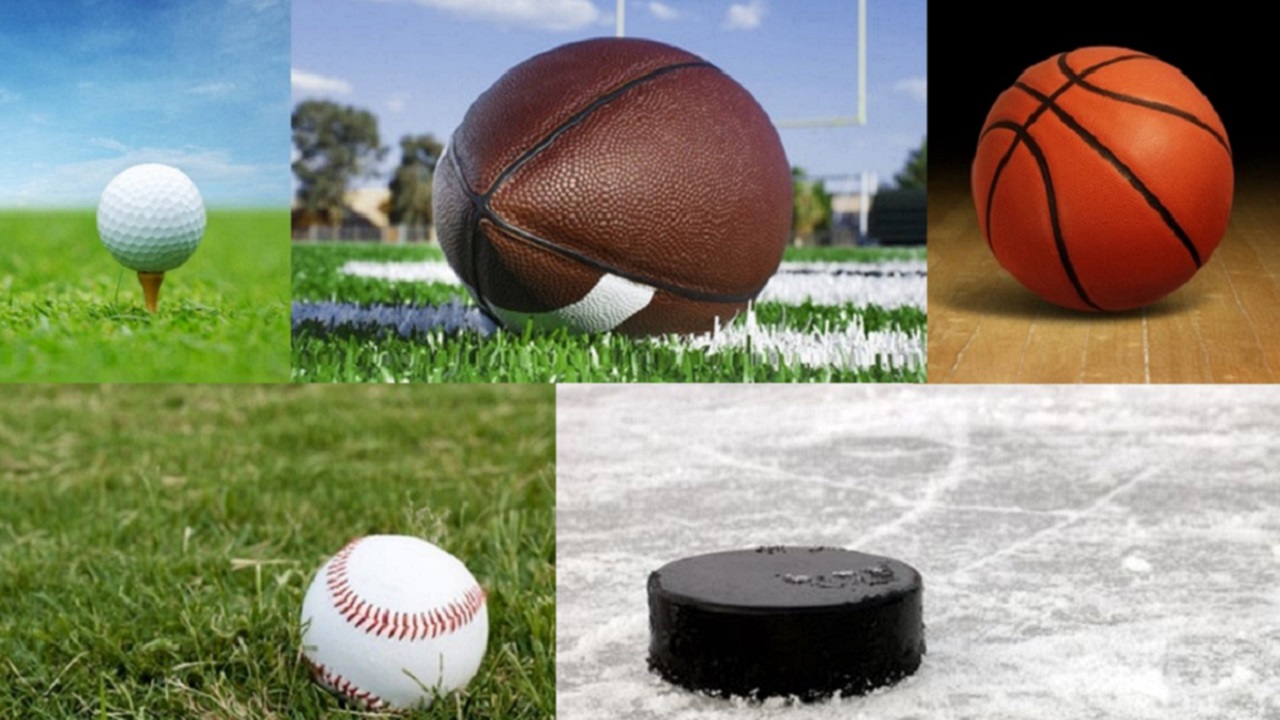 1. What concerns do you have about the Vikings when they take on the Saints this coming weekend?

Nate Leer: I have 2 concerns about the matchup with the Saints and they are rather obvious as they are arguably the 2 most important players on the team: QB Drew Brees and DE Cam Jordan. As good as the Vikes D is, Brees is the one player that seems capable of rising to the challenge. He is a surefire Hall of Famer and, while he may not be as physically gifted as he once was, he is smarter than ever. The only thing that can overcome the current Vikes D is an elite performance from an opposing QB and Brees is capable of just that. As for Jordan, the success of the Vikes passing game will hinge on the OTs ability to contain him off the edge AND keep his hands down. There is probably no player in the league who is better at batting down passes at the line of scrimmage. Given QB Case Keenum’s lack of height, this could be a real issue. If the Vikes stop or at least limit the effectiveness of these 2 players, it should be a decisive win.

Kras: I will agree with Nate Leer that Drew Brees could ruin the Vikes day this coming Sunday. Brees is a big game player who has the playoff experience to boot. CB Xavier Rhodes will have his hands full likely trying to contain WR Michael Thomas and I think he can do it. I am concerned on the other side with who will stop Ted Ginn Jr. from streaking to the endzone. His speed could be a problem for the Vikes secondary. If he gets loose for a couple of big plays, that might be all it takes to open up some running lanes for the RBs Alvin Kamara and Mark Ingram. If that happens, it will make it a much tougher day for the Vikes. As usual, I am still leery that Case Keenum could get a bit too amped up in the moment and make a few mistakes. The Saints D is much improved from years past and they will be looking to prove it against a greenhorn QB.

2. Where do you see the Gophers ending up this season if Reggie Lynch doesn’t play again this season? Can the still be a serious contender for a BIG 10 title or a NCAA tournament run?

Kras: It will be very tough for them to be taken serious moving forward. They were already thin on the bench and this bankrupts any forward depth that they had. Not having the reigning BIG 10 defensive player of the year is a very tough blow. Lets not forget the preseason loss of Eric Curry. I can’t say they will completely free fall to the bottom of the BIG 10 standings but I don’t see them making any sort of run through the NCAA tournament at this point. With that said, I don’t see them making much noise moving forward which is sad considering the hope and promise this team showed coming into the season. I hope I’m wrong but their schedule only gets tougher moving forward and I don’t see that there’s hope coming down the line.

Nate Leer: I think it is entirely possible this team finishes on the outside looking in when March Madness begins. They are just too short handed with the apparent loss of Lynch for good and significant injuries reducing their talent pool. I think they should give their top 6-7 most talented players a ton of run even if they are raw. Letting guys like frosh G Jelly Washington learn on the job is their only hope for making a run in the BIG Ten tourney and beyond.

3. Are the Minnesota Wild in serious jeopardy of missing the playoffs? Can they recover and make a push?

Kras: They are in a tough spot being on the playoff bubble. They will need to have a very solid second half of the season if they are going to make it into the playoffs. I think the biggest need for them to make a playoff run will be to get the goaltending on track. Devan Dubnyk has been good but they need him to get healthy and stay that way. Having Alex Stalock as a quality backup is nice, but that’s not what you rely on when every point matters in every game moving forward. I will say this, it will be tough for GM Chuck Fletcher to keep his job if the Wild miss out on the playoffs completely. He may be in trouble even if they make the playoffs and they have a first round exit. I think they will make the playoffs but they will do so as the 7 or 8 seed.

Nate Leer: I think they definitely in serious jeopardy of missing the playoffs. That said, this team tends to go on a significant run every season and if that happens soon, they should be pretty well set up. Since I am not the biggest Wild fan, I would be interested to see what dominoes would fall if they did miss the playoffs. New coach? New GM? New roster? I hope they make the playoffs for all of my Wild fan friends but things could really get interesting in the state of hockey if they fall short.

1. Will either the Jaguars or the Titans advance in this coming weekends divisional round? Who will it be?

Nate Leer: Simply, no. Neither team has a legitimate shot at advancing this week. QB Blake Bortles is too much of a liability for the Jags and the Titans are okay across the board but not really good at much. I think the Jags have a 5% chance or maybe a little more and the Titans have the obligatory 1%. Like most football fans, I enjoy watching the Jags elite D get after Os but the Killer Bees will produce regardless of matchup. Now flip the script and I will take my chances with a Mike Tomlin D versus Shootin’ Blakes.

Kras: I don’t see it happening. The Titans shouldn’t have even made it out of Kansas City last weekend. Good for them for being resilient and coming back to win that game but they will be facing the Patriots this weekend. The Pats won’t let the Titans get back into a game if they get a lead like the Chiefs had. In the other game, I think the Jaguars have a better chance of beating the Steelers but I don’t see it happening. The Jags D had their way with the Steelers O earlier this season when the 2 teams met. I don’t see it being that easy this time around. Steelers QB Ben Roethlisberger is unlikely to throw 5 INTs again this game. It will likely be a run first attack from both teams as the temperature looks to be in the high teens. As good as the Jags D is, nothing is certain with Blake Bortles leading the O.

2. Which 1 team do you feel will be a buyer and which team a seller at the NBA trade deadline? Do you see an major stars moving?

Kras: I honestly can’t pinpoint any 1 team I see making a big move. I would imagine that most playoff contenders will be looking to add a guy that can help them win. Some teams I see selling before the deadline are the L.A. Lakers and the Memphis Grizzlies. The Lakers have aging pieces they can part with for future assets. Luol Deng, Corey Brewer, Jordan Clarkson, and Julius Randle are all pieces that likely don’t have much of a future in L.A. and could help add some depth to a potential contender. The Griz, in my opinion, should get rid of everybody and start the 5 year tanking process ASAP. They are not in any position to contend and most of their key players are getting a bit longer in the tooth. Marc Gasol, Mike Conley, and Chandler Parsons are all worth something, The Griz couldn’t get it done with with Conley, Gasol, and Zach Randolph when they were all in their prime. They’re going nowhere with this group. Moving forward, it will be interesting to monitor the L.A. Clippers. They are battling for a playoff spot as of now and have been better as of late but it could go sideways at any moment. It could be the end of Doc and the gang if it does.

Nate Leer: Kras hits on an interesting possibility with the mention of the Clips. I think C DeAndre Jordan gets in the way of F Blake Griffin. Griffin should be primarily attacking the rim as the focus of the O for the Clips to get the most out of him. The problem is Jordan does not need to be covered if he is more than a couple feet from the rim. His defender can essentially help stop Griffin around the rim with ease. If the T-wolves are really all in on becoming a contender ASAP, they may seriously look at Jordan, or another helpful piece. The Wolves could offer young, cost certain C Gorgui Dieng as the centerpiece of a package for Jordan. They might have trouble coming up with enough ammo to get Jordan but it would be interesting to see him and KAT on the floor together with Taj Gibson spelling them. Talk about stifling D!

3. Is Nick Saban the best college coach of all time after winning his 6th National Championship?

Kras: I think it is pretty hard to argue against it at this point. This is Saban’s 5th National Championship at Alabama to go with 1 that he nabbed at when he was coach at LSU. Saban has been the king of college football since he arrived at Bama and I don’t see much changing as long as he is still there. Saban is only rivaled by Paul “Bear” Bryant, who also did his championship damage with the Tide. Saban has built a fantastic dynasty at Bama and really has no reason to leave. How many can he add?

Nate Leer: Kras is right, this is a no brainer. Saban scored the coup de grace on his coaching legacy with his decision swap out his veteran QB with limited talent for an unknown asset in freshman QB Tua Tagovailoa. It wasn’t the ultra gutsy move some have made it out to be. Saban was in a hole and needed a guy who could spin it to get back in the game. Plus, he certainly saw these abilities on display in practice. However, Saban nailed the timing of it – many coaches would have played at least a series in the 2nd half win the incumbent QB to see if they could close the gap. By getting Tua in right away, they had time for his skills to overcome a couple mistakes. Saban is the best and it will be interesting to see if he continues to dominate at the college level or is enticed by a pro team such as the Giants. Here’s hoping he stays in school!